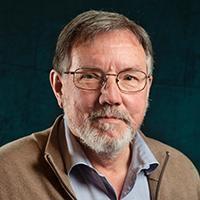 Summary of CV for Thorkild I. A. Sørensen

Note: In 2013, being 67 years old, I decided to stop most external commitments not directly related to my research and my position in order to get a more flexible workload and time for research and family life.

Publications
Total number of publications are 1038, of which 672 are original articles (3 in press), 110 reviews (2 in press), 31 editorials, and 225 miscellaneous articles (not including abstracts). I have 9 papers (7 original articles, 2 editorials) in New England Journal of Medicine, the journal with the highest impact factor (72.5). Bibliometric analysis (April 2021) based on Web of Science gave an H index at 97.

Note about publication strategy: My authorship/co-authorship always implies to the extent possible fulfilment of the requirements of the ICMJE (icmje.org/#author). During the recent decade, I very rarely have had the duties of the first author, and my preferred position in the author sequence has been second last in cases, where I had a senior responsibility together with the last author. I prefer to publish in international peer-reviewed open-access journals with rapid editorial and technical processing and allowance for extensive supplementary documentations, and without any editorial constraints by space, area or topics, served readerships, expected citation rates, and apparent news values. In spite of their impact in the real world, all these aspects are in my opinion irrelevant in scientific communication, the focus of which should be to present the research in such a way that its contribution to advancement of our knowledge is clear.