Got a Sweet tooth? Blame Your liver

A hormone called FGF21 that is secreted by the liver after eating sweets may determine who has a sweet tooth and who doesn’t, according to a new study in Cell Metabolism. 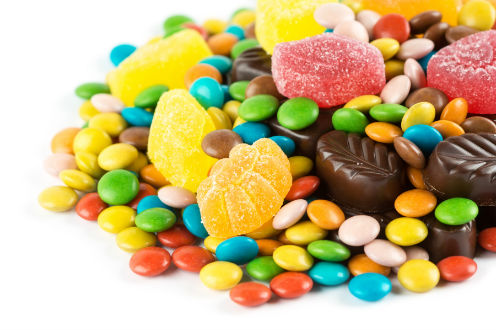 New research has found that people with particular variants of the FGF21 gene were about 20% more likely to be top-ranking consumers of sweets and candy, such as ice cream, chocolate, and gumdrops than their counterparts in the study.

“The data, mined from a study of the lifestyles and metabolic health of 6,500 Danish individuals, is a really surprising insight into the potential hormonal basis of the sweet tooth,” says Assistant Professor Matthew Gillum, from the Section for Metabolic Imaging and Liver Metabolism who led the study with Associate Professor Niels Grarup, from the Section of Metabolic Genetics at the Metabolism Center.

The study also raises new ideas about the role of the liver in controlling what we eat. Once food has passed through the stomach and intestine, the next organ nutrients encounter is the liver. In addition to signaling that it’s time to put the candy away, the researchers speculate that the liver could also secrete other hormones that guide food choices more broadly. “How do we decide what and how much to eat? Maybe satiety consists of different pathways that control different types of nutrients,” says Gillum. “This study has opened my mind to how this regulatory system might work.”

Gillum and collaborators at the University of Iowa discovered the role of liver-secreted FGF21 in regulating sweet intake in 2015 in studies of rodents. The findings paralleled those of another group showing that the hormone suppresses the sweet tooth in primates. Yet it wasn’t clear that the hormone would play the same role in humans. “We went into this study with an open question about whether this would be a rodent-specific feature of FGF21 or something we can actually see in people,” says Gillum.

To explore the hormone’s role in humans, Gillum and Grarup used a study called Inter99 as a data source. The study had collected self-reported dietary intake as well as measures of bloodstream cholesterol and glucose from participants. Grarup and Gillum sequenced the FGF21 gene in study participants.

They zoomed in on two variants of the gene that in earlier research had been associated with increased intake of carbohydrates. They found that individuals with either of these two variants were much more likely to consume larger amounts of sweets and candies. “These variants are very solidly associated with sweet intake,” says Gillum.

The study also revealed an association between these variants and increased alcohol intake and smoking, but more research needs to be done to validate the connection. The study did not find an association with obesity or type 2 diabetes, however. This was both surprising and not, says co-lead investigator Niels Grarup. “Dozens of factors have been found to be involved in metabolic disease. In this study, we are just looking at one little piece in a big puzzle.”

To get a better sense of how the FGF21 hormone behaves in the body to regulate sweets, Gillum and Grarup set up a clinical study to analyze the ebb and flow of FGF21 in the blood of volunteers in response to sugar intake. Prior to testing, they asked participants to rate themselves as having a sweet tooth or not. They focused the study on 51 subjects who were the most extreme likers and dislikers of sweets.

They measured FGF21 levels after a 12-hour fast, and then monitored changes in FGF21 levels over 5 hours after participants drank sugary water containing about as much sugar as in two cans of Coke. Those who disliked sweets had fasting FGF21 blood levels 50% higher than their sweet-toothed counterparts. However, after the sweet drink, FGF21 blood levels followed the same trajectories and rose to about the same levels in both groups.

To get a true picture of the dynamics, Gillum and Grarup would like to do a similar but much larger study of humans and to gather more information about the rise and fall of FGF21 in humans to better understand how the behavior of the hormone differs across individuals. The project could allow them to find other interesting variants of the FGF21 gene and also to directly associate hormone levels with metabolic conditions, such as obesity or type 2 diabetes.

To read the research in Cell Metabolism click here.