Associate Professor Tune H. Pers is to be the 2016 recipient of an honorary medal from the Society for Theoretical and Applied Therapy (Jakobinerklubben) for young researchers. The medal ceremony and lecture will take place on April 6th.

The medal is awarded annually to encourage the continuation of the research work of a young Danish researcher who has performed special meritorious and promising research in theoretical and/or applied medical research. 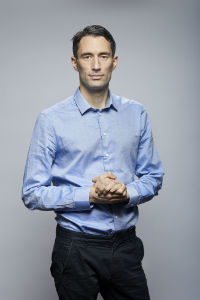 This year’s recipient, 36 years-old Tune H. Pers, has been awarded the honorary medal for developing an independent research line within data-driven methods for identifying genes and biological processes that may lead to obesity and psychiatric disorders.

At the medal ceremony Tune will also be giving a lecture entitled ‘Through large-scale human genetics to better understand obesity’. “I am very honoured to be receiving this medal and have great respect for the scientific work of the previous recipients. The significance of computational biology is not always recognized so I am deeply thankful to the Jakobinerklubben society for acknowledging my work in this field."

Tune completed his PhD degree in 2011 and then moved to Boston, USA, where until 2015 he worked at the Broad Institute of Harvard and Massachusetts Institute of Technology. This is where he developed bioinformatics methods used today by most of the international genetics consortia and he has contributed to research published in high-ranked journals, including Nature, Science and Nature Genetics.

Tune has also received the Eliteforskerprisen from the Danish Independent Research Fund and in 2015 was awarded a Lundbeck Fellowship to start his own research group. He is also chairman of the Committee on Research Policy in The Young Academy - an independent unit at the Royal Danish Academy of Sciences.