Researchers at the University of Copenhagen confirm that the hormone GDF15 is released in response to vigorous exercise, but likely not in sufficient quantity to affect behavior or appetite. These findings add nuance to a hormone that is currently under scrutiny for its potential as an anti-obesity medication. 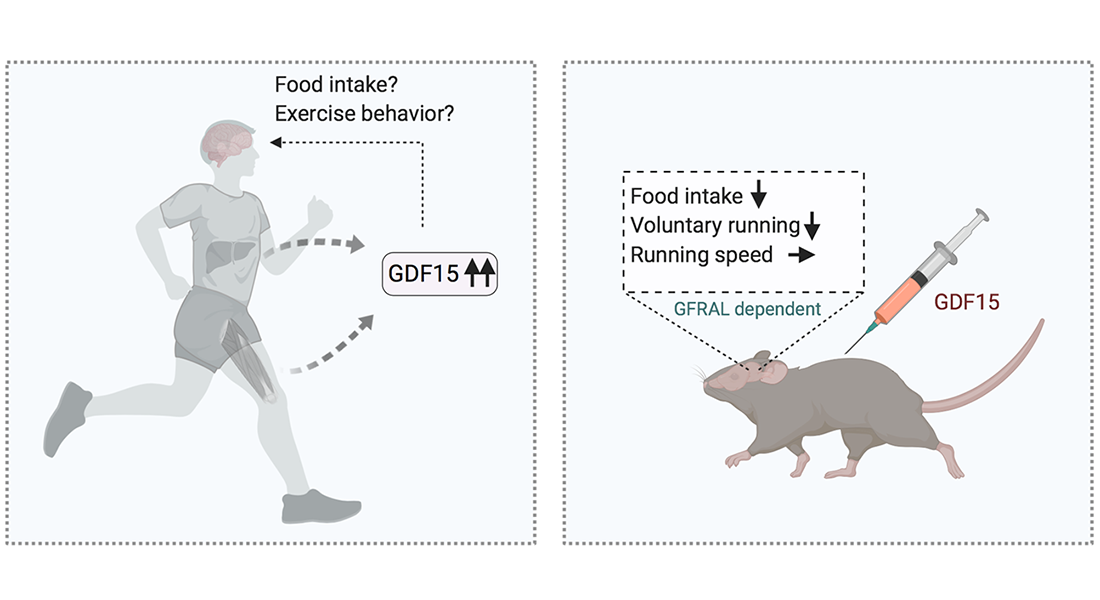 A drug that helps us to eat less could help the more than 650 million people around the world who live with obesity. One of the emerging drug candidates that interest researchers is the hormone GDF15 that, when given to rodents, lowers their appetite and body weight. New research from the University of Copenhagen finds that the body produces large amounts GDF15 during extended bouts of vigorous exercise, presumably as a physiological stress signal.

This finding highlights central differences between GDF15 given as a drug (pharmacology), and GDF15 released naturally in response to vigorous exercise (physiology). This is an important distinction in understanding GDF15’s role in appetite regulation and energy balance, with implications for its role as a possible anti-obesity drug.

“Whether there are any physiological conditions that implicates GDF15 as a regulator of energy metabolism remains an unsolved mystery,” says Associate Professor Christoffer Clemmensen from the Novo Nordisk Foundation Center for Basic Metabolic Research (CBMR) at the University of Copenhagen.

Christoffer Clemmensen, PhD student Trine Sand Nicolaisen and Assistant Professor Anders Bue Klein led the research in collaboration with the Department of Nutrition Exercise and Sports at the University of Copenhagen and the findings were published in Nature Communications.

Their goal was to better understand the physiological role of GDF15 in energy metabolism and behavior. Recent findings in rodents and monkeys suggest that the hormone, when administered pharmacologically, lowers appetite but also promotes nausea and sickness. Other studies have shown that the drug metformin promotes weight loss by increasing the levels of GDF15.

Little is known about how GDF15 functions when released naturally by the body, however. The researchers set out to fill this knowledge gap with a series of experiments on humans and mice. Among their main findings was that prolonged exercise beyond two hours in humans results in a four to five-fold increase in the circulation of GDF15, suggesting that GDF15 functions as an exercise-induced stress signal.

To test this idea, the researchers used animal models. They found that giving GDF15 to mice as a drug clearly lowered their motivation to exercise and reduced their appetite. But when the mice were vigorously exercised, to stimulate the physiological release of GDF15, it did induce the same response on behavior and food intake.

These findings underscore a difference between physiological GDF15 and pharmacological GDF15. Christoffer Clemmensen stresses that more studies are needed to understand this mismatch and whether GDF15 also has behavioral effects in humans. He and his team will now focus on clarifying the effects of GDF15 when produced by the body.

Read the full article in Nature Communications here: Pharmacological but not physiological GDF15 suppresses feeding and the motivation to exercise