Insulin resistance can cause white fat cells to become dysfunctional by altering its genetic program, discover scientists from the University of Copenhagen. While they also discovered that insulin-resistant cells use glucose differently, they are unsure whether this causes genetic reprogramming of fat cells, or results from it 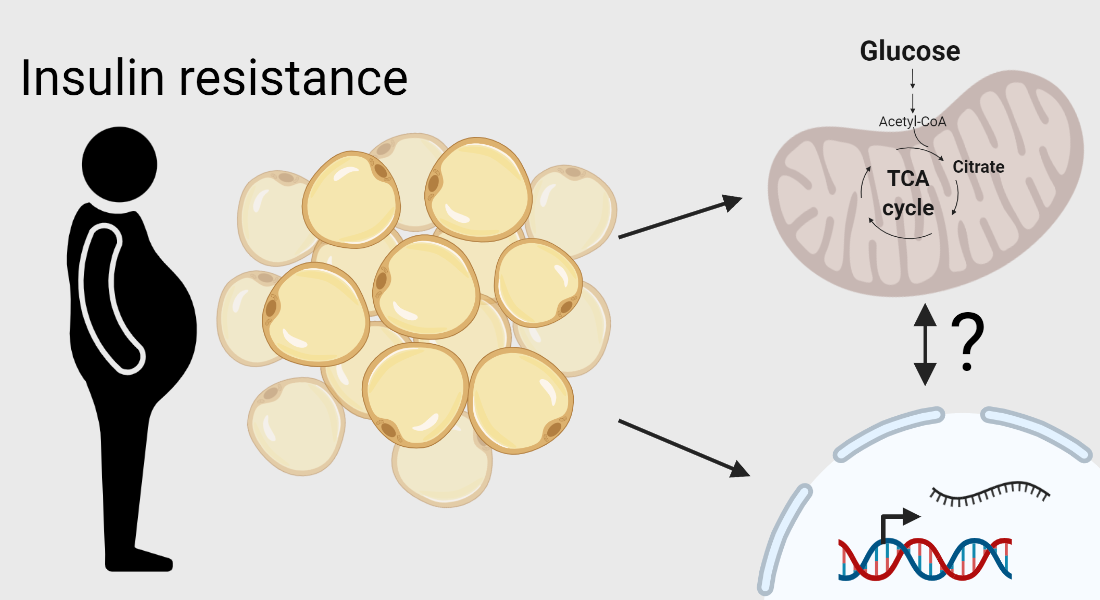 White fat cells are found beneath the skin and around our organs and perform a range of important roles in the body. While their major role is long-term energy storage, white fat also helps to regulate our blood glucose levels and release a range of hormones that are critical for health. But when levels of white fat in the body grow too high – a condition called obesity – it increases the risk of a range of diseases.

It is not clear, however, how the accumulation of white fat sometimes leads to poor health and sometimes does not. For example, most people with obesity also become resistant to insulin, which means the body is less able to take up glucose from the blood. However, some people with overweight and obesity do not develop insulin resistance, meaning that they stay metabolically healthy.

Scientists at the University of Copenhagen set out to identify the differences between healthy white fat, and dysfunctional white fat that causes insulin resistance – which in turn can lead to diabetes and other metabolic conditions. They discovered when obesity develops in association with insulin resistance, it causes white fat cells to express different genes that may affect their metabolic functions. Their research was published in the International Journal of Obesity.

“Our findings indicate that insulin resistance – a condition known to impair glucose uptake in fat cells – also redirects the fate of glucose within the cells, and suggests that metabolic alterations contribute to adipose dysfunction,” says Associate Professor Brice Emanuelli from the Novo Nordisk Foundation Center for Basic Metabolic Research (CBMR) at the University of Copenhagen.

The next step was to look more closely at exactly what was going on in the white fat cells. Specifically, they wanted to understand how this different genetic behaviour changed the adipocyte metabolic functions, and in particular the way that the cells used glucose. They cultured cells in a laboratory, stimulated insulin resistance, and used a sophisticated method to trace the path of glucose through different metabolic processes.

“By combining global gene expression analysis from adipose tissue biopsies and the cellular glucose tracing technology, we improved our understanding of the fundamental basis underlying adipose tissue dysfunction and the development of obesity-associated metabolic disorders,” says Postdoc Marie Sophie Isidor from the Emanuelli Group, who is first author on the publication.

More studies are needed to determine whether the changes also take place in other fat depots, and whether it also applies to women. And while they could show that insulin resistance alters the genetic programming of white fat cells, the scientists are unsure if this causes glucose to be used differently or whether the changes in glucose use, alter which genes are expressed.

The study is the result of a collaborative effort involving a team from the National Autonomous University of Mexico who provided the human visceral fat transcriptomic profiles, a group at the Massachusetts Institute of Technology who assisted with the cellular metabolic tracing studies, and a number of groups at CBMR who helped with the bioinformatics analysis.