By applying mass spectrometry, scientists at the University of Copenhagen provide some of the most detailed data on how mitochondrial proteins cluster into supercomplexes - a process that makes mitochondria more efficient at producing energy. The findings, which were published in Cell Reports, is a precious resource for the scientific community, especially those tackling mitochondrial adaptations to exercise training or mitochondrial diseases. 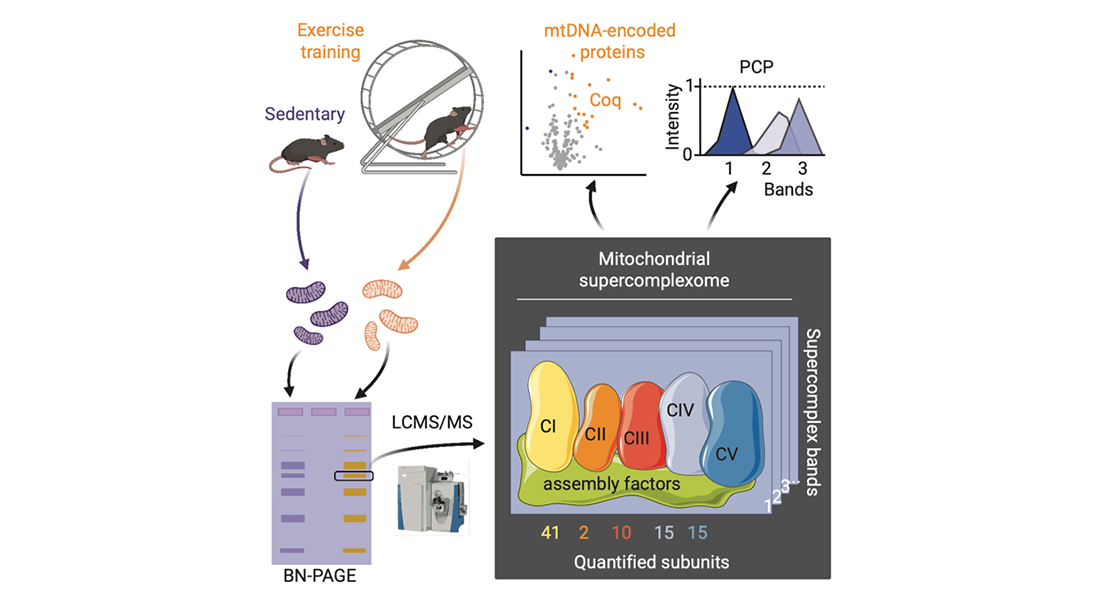 Mitochondria are the cell’s power plants and produce the majority of a cell’s energy needs through an electrochemical process called electron transport chain coupled to another process known as oxidative phosphorylation. A number of different proteins in mitochondria facilitate these processes, but it’s not fully understood how these proteins are arranged inside mitochondria and the factors that can influence their arrangement.

Now, scientists at the University of Copenhagen have used state-of-the-art proteomics technology to shine new light on how mitochondrial proteins gather into electron transport chain complexes, and further into so-called supercomplexes. The research, which is published in Cell Reports, also examined how this process is influenced by exercise training.

“This study has allowed for a comprehensive quantification of electron transport chain proteins within supercomplexes and how they respond to exercise training. These data have implications for how exercise improves the efficiency of energy production in muscle,” says Associate Professor Atul S. Deshmukh from the Novo Nordisk Foundation Center for Basic Metabolic Research (CBMR) at the University of Copenhagen.

It is already well established that exercise training stimulates mitochondrial mass and affects the formation of supercomplexes, which allows mitochondria in skeletal muscle to produce energy more efficiently. But questions remain about which complexes cluster into supercomplexes and how.

To better understand supercomplex formation, particularly in response to exercise, the team of scientists studied two groups of mice. One group was active and given an exercise wheel for 25 days, and the second group was sedentary and was not provided the exercise wheel. After 25 days, they measured the mitochondrial proteins in skeletal muscle from both groups to see how the supercomplexes had changed over time.

When scientists typically analyze how supercomplexes form, they use antibodies to measure one or two proteins per electron transport chain complex. But as there can be up to 44 proteins in a complex, this method is both time-consuming and provides limited information about what happens to the remainder of the proteins in each complex. As a result, there is a lack of detailed knowledge in the field.

Proteomics helps supercomplexes give up their secrets

To generate much more detailed data, the team applied a proteomic technology called mass spectrometry to measure the mitochondrial proteins. By applying proteomics instead of antibodies, the scientists were able to measure nearly all of the proteins in each complex. This provided unprecedented detail of mitochondrial supercomplexes in skeletal muscle and how exercise training influences their formation. Their approach demonstrated that not all of the proteins in each complex or a supercomplex respond to exercise in the same manner.

“Mitochondrial protein content is known to increase with exercise, thus understanding how these proteins assemble into supercomplexes is crucial to decipher how they work. Our research represents a valuable and precious resource for the scientific community, especially for those studying how the mitochondrial proteins organize to be better at what they do best: produce energy under demand,” explains Postdoc Alba Gonzalez-Franquesa.

The interdisciplinary project was a collaboration between the Deshmukh, Treebak and Zierath Groups at CBMR, and the Mann Group at the Novo Nordisk Foundation Center for Protein Research. 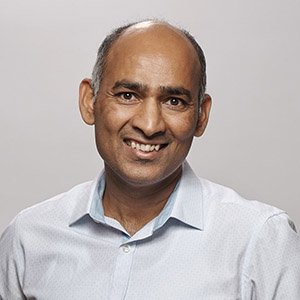