"I come to work and it smells wonderfully of animals, everywhere"

Where are they now?

Markus Hodal Drag is a biologist-biotechnologist from Denmark currently working as an industry Postdoc at Copenhagen Zoo. From August 2019 to April 2022, he was a Postdoc at CBMR, where he worked in the Kilpeläinen Group on large animal models for obesity and using cell-free DNA as early detection/risk markers for inflammation in the adipose tissue. 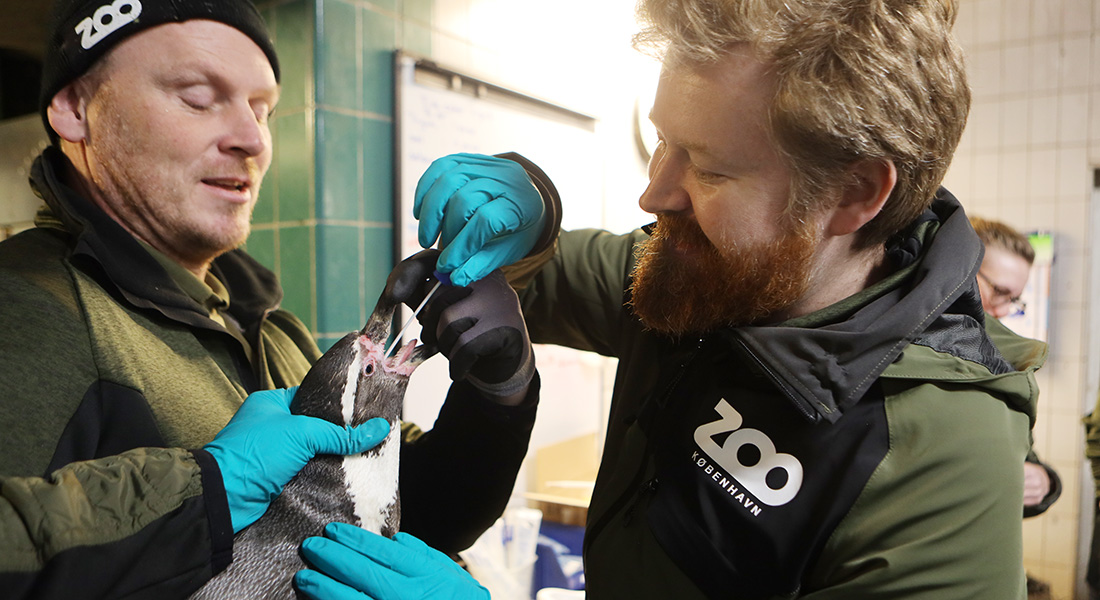 Where did your interest in science come from?

As a kid, I was always curious about how stuff worked, especially aeroplanes and cars. But I’ve always been interested in both technology and nature — and I remember being about six or seven years old and being given a toy bird modelled on one of Leonardo da Vinci’s inventions. It was so cool because it combined both the natural world — how birds fly — and the technological one.

What was your academic journey before CBMR?

For a long time, I thought I was going to be a chemist. But I’ve always been interested in animals, so in the end, I went to the University of Copenhagen (UCPH) to study biology. When I was doing my Master's thesis, there was a PhD student in my research group whose work I thought was so cool. It seemed like he always had a plan and that it worked well. I was drawn to his freedom because he could control what he explored each day.

So I continued my studies at UCPH and completed a PhD in veterinary clinical sciences. But I didn’t know what to do next and didn't have a job lined up, so I taught biology for six months at a high school in greater Copenhagen. And it was while I was teaching teenagers — and telling them about some of the research I’d done — that my appetite for research slowly came back. Of course, I knew all about CBMR, so when a job came up there, I applied for it and was hired.

What did you research at CBMR?

Animal genetics and animal models for genetic studies. We wanted to explore if you could detect some of the negative consequences of obesity from a routine blood sample. That would usually mean, for example, as a precursor type 2 diabetes, that you would see a lot of inflammation in your adipose tissue. That would be an early warning sign. But it's hard to detect those early warning signs in just the blood sample. So that was the main aim of my project — could I use blood samples to detect something before it actually came?

My group leader, Tuomas Kilpeläinen, had found out about using cell-free DNA — residual DNA from cellular breakdown that’s just floating around our body. Our idea was to see if we could find that cell-free DNA and pinpoint where it came from in the body, and if we could tell there was somewhere in the body that had more inflammation, then going back to the hypothesis that obesity leads to inflammation in the adipose tissue and that that can lead to type 2 diabetes, maybe this might be revealed in the cell-free DNA from a regular blood sample.

Why did you use pigs’ blood in your research?

If you do human studies, you need a lot of ethical approvals, especially if it involves DNA sequencing, and every postdoc project is a little limited in time. When CBMR began a new collaboration with Novo Nordisk, we learned that they had both obese and lean mini-pigs which they used for trials all the time which we could easily get access to — almost the next day.

How do you think CBMR differentiates itself from other centers?

In its openness to new methods and new ways of analysis. They don't just say no. My research was only possible because they didn’t say, "This is a stupid idea, it’s crazy to spend money on it". I think that's where CBMR shines — in its willingness to say, "Okay, let's try it".

How did you end up at Copenhagen zoo, and what do you do there?

I knew that my research project would eventually end, and while I was a biology student, I’d worked on the public side of the zoo as a guide, a communicator and a teacher. I’d gotten to know some people there — other researchers and veterinarians — and I’d always wanted to do an animal genetics project. The zoological gardens are an extremely unique environment. There is a weird mix of industry, research, conservation biology, endangered species and so on. I wanted to see if I could push myself and my curiosity towards animal genetics, so I decided to contact them again. I now work on the development of ultra-sensitive diagnostics for infectious diseases in exotic birds — mainly birds that live in the zoological gardens.

How is your work at the zoo similar to what you were doing at CBMR?

It's all about blood samples again, routine blood samples. It's about finding out if we can use these samples to detect stuff before we see it clinically — before the veterinarians or the animal keepers become aware that the disease is building up slowly.

What's it like working at a zoo as a researcher?

I come to work, and it smells wonderfully of animals everywhere, and I can hear the animal sounds. It's a really nice atmosphere.

Do you have any advice for current CBMR researchers?

Don’t be scared of taking a different route to the one your parents might recommend based on job security. Follow your passion and don’t be afraid of contacting people and saying, ‘Hey, I have some ideas. I think it could be cool to do this research or buy that weird new machine.’ It’s important to keep that child-like curiosity, I think.