Stung by a scorpion while doing research in Tanzania

Line Hjort is a Danish Postdoc at CBMR within the field of epigenetics, foetal development and diabetes. In particular, she investigates how an adverse environment during foetal development may affect the child’s DNA and later risk of disease. She recently secured a BRIDGE Fellowship in translational medicine. 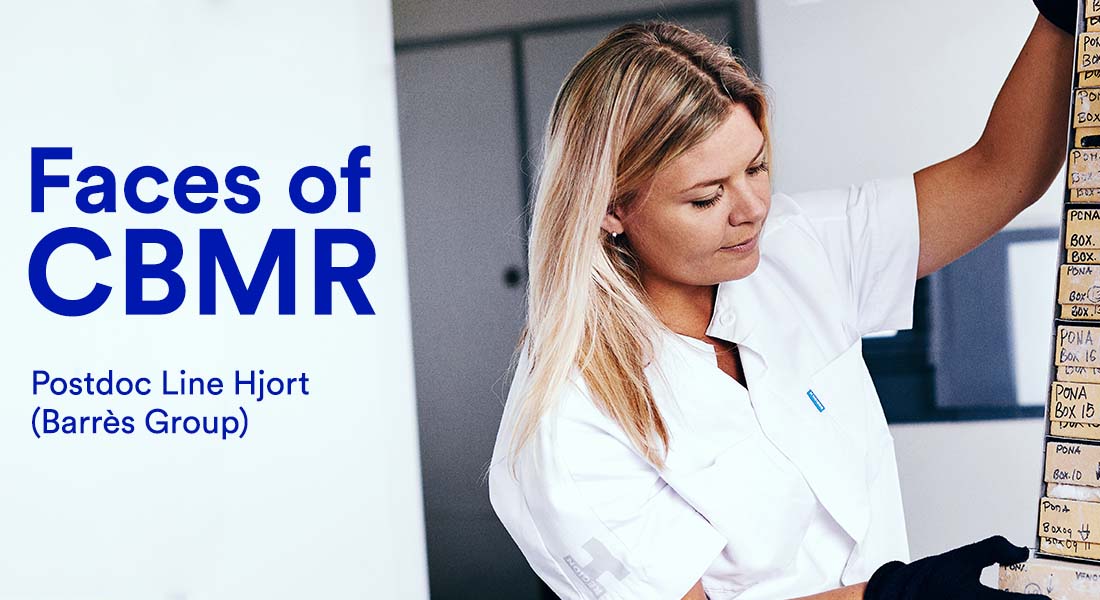 Read more about Line Hjort and the Barrès Group.

Where did you grow up and how did you become interested in science?

I grew up on the island of Funen, in the middle of Denmark, and when I as a child, I was always in the garden digging for worms and insects. I always liked biology, being outside and understanding why a beetle was a beetle.

How did you begin your academic career?

I started studying biology at the University of Copenhagen because I wanted to be a marine biologist and study fish and coral reefs. But in my second year, we did cell biology and I thought it was fascinating how our cells work —understanding something you can’t see with your eyes. I found DNA especially interesting. So then I did a Master’s in human biology at KU. The program had a mix of medicine and biology — anatomy, physiology, even internships in hospitals. I loved it.

I did my master’s thesis at the Steno Diabetes Center and learned how to take blood samples and biopsies. It was fun getting to talk to people, too. I’d been a student assistant for several years and had experimented with enough rats and mice. After my master’s, I became a research assistant for a couple of years in the same department and then I applied to do a PhD. As it happens, my research group was moved into the department of endocrinology at Rigshospitalet — the National Hospital — which is where I did my PhD.

What was the focus of your PhD?

Diabetes in pregnancy and epigenetics — and I was in the right place at the right time. The department of endocrinology was starting a nationwide cohort study of pregnant women who had diabetes. I’ve always been fascinated by epigenetics and how amazing the first nine months of life are. It usually works out well and a perfect little human being comes out. Epigenetics plays a big role in why it works out well — or not. But we still don't know very much about it, so working in the field feels like a bit of an adventure.

You ended up doing field work in Tanzania. How did that come about?

My supervisor moved to a different position during my PhD and because he was supposed to go to Tanzania for a field study, I was lucky to be able to go in his place. I’d never been to Africa before — it was such a cool experience. I ended up collaborating on a cohort study where we followed women throughout their pregnancy and took samples from their placenta and their baby. That was in 2015. Last year I was lucky to go back several times to initiate and conduct a follow-up study that I´m PI of. We found 634 children from the pregnancy study and examined their health. I’m just starting to look at the data but I can definitely see that those children whose mother had malaria or anemia during pregnancy are smaller today.

Some of your colleagues at CBMR must be envious of your trips to Tanzania.

Yes but last year I got stung by a scorpion, so they were like, we don’t want to go with you. It was really scary — my lower leg went numb for a couple of days. We also had issues with our work in Tanzania because of COVID-19. The former president didn’t believe in it. Many people died and if you wore a mask, it implied you were against the government. In March 2021 Tanzania got a new president, and we were able to return because we could wear a mask and be there safely again.

How did you end up at CBMR, and what do you do?

During the final year of my PhD, I got a new supervisor and ended up moving to the obstetrics department at the National Hospital. I was there for four years as a Postdoc but started to feel a bit lonely because I was the only one doing epigenetics and molecular work. I thought it was time to join a group with more colleagues and as CBMR’s Professor Romain Barrès had chaired my PhD defense in 2018, I asked him if I could work with his group. He said yes and I’ve been a guest researcher for a little over a year. I’m mostly working on the Tanzania study, but also on diabetes and pregnancy.

You just received a two-year Bridge fellowship. What will you be doing?

Starting this September I will be a full-time researcher at CBMR. The award concerns the Tanzania study — and in particular what we call “trained innate immunity”. One of the reasons we did the study is to investigate if many infections early in life, both while your mother was pregnant, but also during the early years of life, can change the epigenetics of your immune cells, to become a bit more aggressive, which gives you a higher risk of cardiovascular disease. So that’s what I’ll be studying over the next two years with Romain as my mentor.

Yes — when I’m in Tanzania, I go to the ocean and go diving or snorkeling, whenever I get the chance.

More interviews with past and current CBMR staff